Eheu! The projected Minimus Day at the British Museum, planned for June this year, has been cancelled. We are very sad about it, but hope to come up with a different plan at our May meeting. All bookings have been refunded. 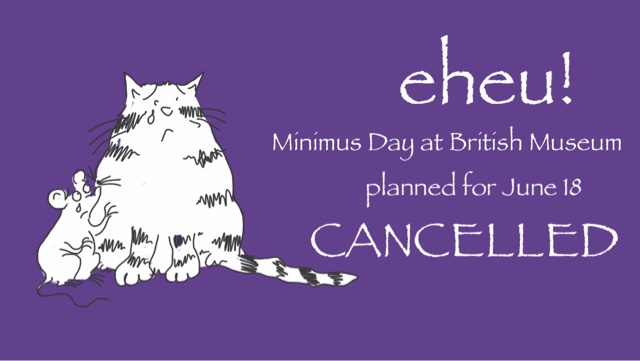 A message from Minimus 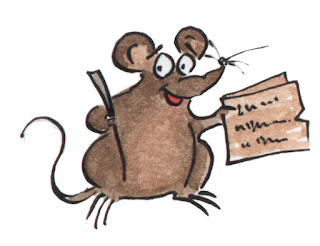 It’s time to get creative for our annual Mythology Competition!  You can make a painting, drawing, collage, piece of craftwork, write a poem or a play or record a DVD of your play on the topic of either Perseus and Medusa or Pegasus.
Download the information sheet and entry instructions here, or email the organiser, Linda Soames, at lindasoames@home.3b.co.uk for further details.
NB The closing date is MONDAY 2nd MAY so get cracking now!

Minimus is really looking forward to seeing all your ideas!

January 2016:
Helen Forte and I were delighted to receive our copies of the Portuguese version of Minimus.  This is a translation for those in Brazil and it is thrilling to think of children in Rio enjoying the same stories about Vindolanda and its family.

February 2016:
I was invited to speak at a conference for Welsh Classics Teachers in Swansea organised by Evelien Bracke.  Anna Donnelly, who runs the Solihull Project, and Jayne Treasure, a Minimus Trainer, also spoke about their work with Minimus, so the mouse had a good airing on the programme!  Exciting things are happening in Wales and we are following the spread of Classics there with interest.

On 26th February I was invited back to work with Classics students at Birmingham University by Elena Theodorakopolous , they were an enthusiastic bunch and it was fun exploring ways in which they might use Minimus in the future.  Some of them are certainly considering going into teaching.

Posted by Hadriana's Treasures at 07:47 No comments: